Jordan Belfort- The Wolf of Wall Street or The Rat of Long Island?

Jordan Belfort is one of the world's most infamous white-collar criminals. In the 1990's, he stole more than $200 millions by devising a sales method (that he later called 'The Straight-Line System') which he boasted could 'persuade anybody to do anything'.

Jordan Belfort built his scam empire (which he refers to today as his 'sales empire') into more than a thousand mostly young men who followed his methods to cheat thousands of investors out of their savings.

He called his stock-broking company, Stratton Oakmont (because it sounded secure and respectable). He later admitted that it would have been more appropriate if it had been named Sodam and Gomorrah. The most honest name would have been 'Grab It and Run' because that's almost exactly what Belfort and his team of highly-trained con artists did- they cheated naive (but decent and trusting) people and left them financially poorer, many financially devastated. 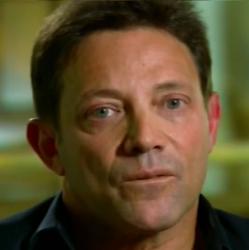